Written by Juan Cena on Thursday, November 17 2011 and posted in SWRT 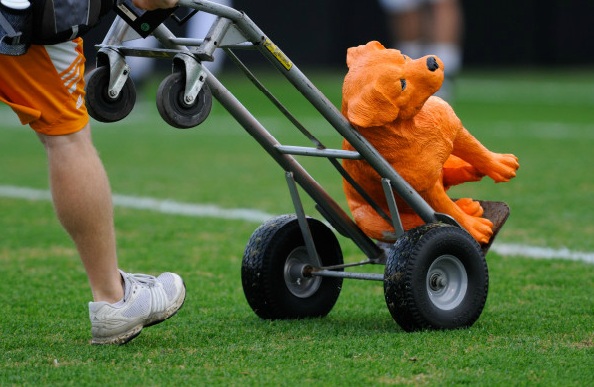 An image of the orange ceramic dog that Tennessee head football coach Derek Dooley has brought to practice has finally shown up via CBS Sports. The dog is supposed to help Dooley's struggling team deal with negative energy. Having it moved around the practice field on a dolly is a little odd, though. On the other hand, if it was pushed around on it's own little cart, or even worse, it's own golf cart or ATV, people might start to question His Hairness' sanity. (Like they didn't do that with the "Rommel" press conference. Then again, people might just write it off as being Vince and Barbara's kid.