Interview: Lee Milewski on The Somber Crown, the Fantasy Genre, and Kickstarters

Written by Christian on Friday, July 18 2014 and posted in Features
Tags:

Lee Milewski is a Florida based comics writer and illustrator with a distinctive art style that feels to me like a mash up of Mike Mignola and Pembleton Ward.  Milewski recently launched a Kickstarter campaign for The Somber Crown, a fantasy adventure story.  As of July 18th, the project had reached its initial funding goal of $2,000 with 11 days remaining.

I spoke with Milewski via email about the project, and the fantasy genre in general:

Christian Hoffer: What's the basic premise of The Somber Crown?

Lee Milewski: The Somber Crown is a fantasy action-adventure comic that centers around a monster-hunting elf named Fen, who is betrayed by his previous employer, The King of Shadows. It promises to be a truly exciting journey that follows our hero through a fantastic world, which will be first represented as an OVERSIZED first issue, 42 pages. 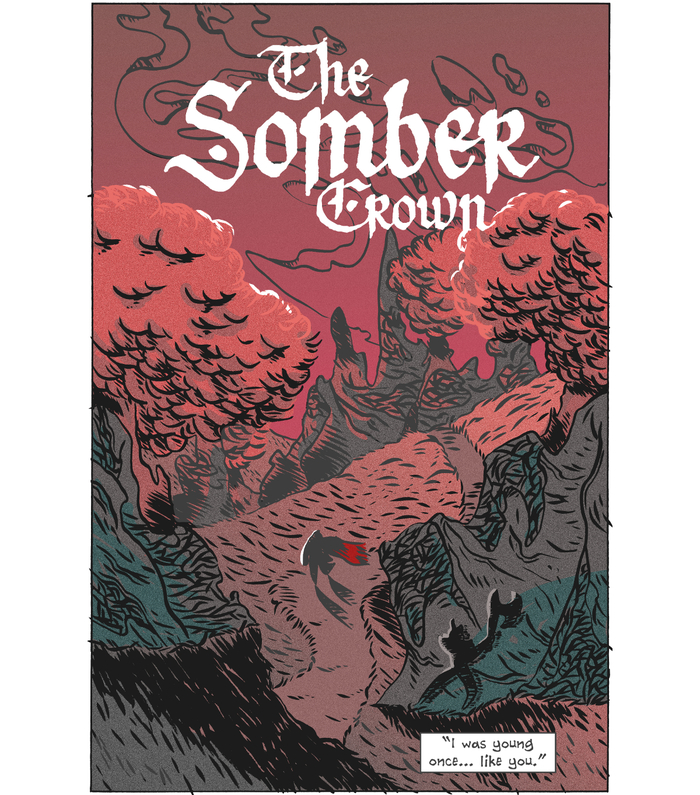 Hoffer: What was the inspiration behind The Somber Crown? How long have you been working on this project?

Milewski:  This story is heavily inspired by old-school video gaming, specifically The Legend of Zelda. About a year ago, I found myself replaying Wind Waker (a cell-shaded adventure that was the series' primary game on the Gamecube), and thought about the representation of adventure and action in games like those...

They are truly versatile with their environments and enemy characters, so I began to think about creating a comic which would take those ideas and creating my own tale. The scripting took about a month, then character studies another three.

Hoffer: Tell us a little bit about your creative process. Since you're both the writer and illustrator of the book, do you just sit down and start drawing, or do you script the comic out first?

Milewski: I always write some form of script, though rarely do your traditional layouts. I find that most of my action, the stuff that will make a page LOOK exciting, is found in my first stage - the pencils. So when I can, I simply jump into that stage and just go. Of course, this can lead to LOTS of erasing, though I find it to be worth it. Then it's on to inks (all with a Pentel Pocket Brush), and digital colors with Gimp and Photoshop.

Milewski:  I've also seen a growing market with fantasy stories! Game of Thrones, Lord of the Rings/The Hobbit, etc, really show that people are interested in these "ancient" places, so long as the characters are understandable and the stories are either fun or epic in scope. The Somber Crown will be both! I personally love the fantasy genre, so I hope that it's not just a fad that people are into. 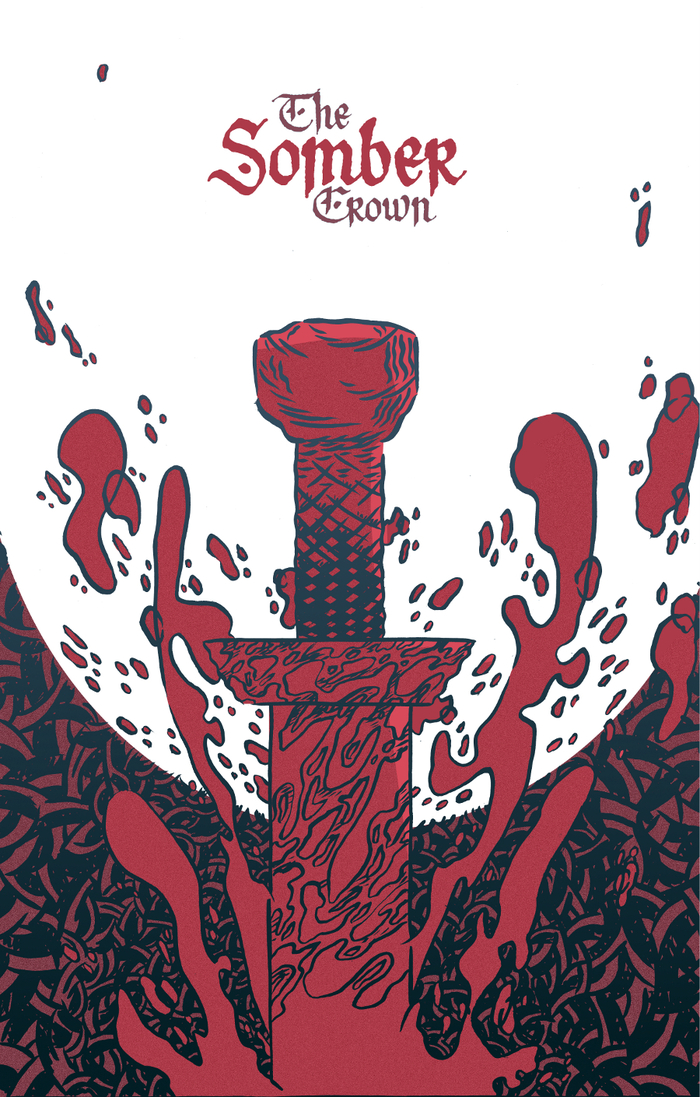 Hoffer: I've always thought it was interesting how fantasy writers are able to frame modern lessons and themes into an antiquated world that's so unlike ours. Are there any parallels between The Somber Crown and our real, modern world?

Milewski:  This is a good question, as I feel that this very concept is what makes fantasy SO relatable, compared to heavy sci-fi. The Somber Crown will hold plenty of modern concepts, such as true friendship, seeking out your culture, and more. I will try not to be too heavy-handed with "lessons" but I'm sure they'll be subconsciously there.

Hoffer: A lot of fantasy writers, yourself included, have cited roleplaying games as an inspiration for their own work. Why do you think that so many creative people are drawn to gaming? Do you feel that, with so many writers sharing a common source of inspiration, there's a risk of having too many similar and derivative fantasy works?

Milewski: There are way too many similar works, though I feel every genre suffers from this. Fantasy can be hit especially hard with this due to the sheer amount of video games, movies, comics, and tabletop games that cover that stuff, but I think that it's great that we all draw from the same well, so that we all can easily understand our common threads and ideas. Though you're right... We do need to be careful as to not become the next story that treads an all to familiar path.

Milewski: The notion and where I wanted to go with the story was certainly different, though the approach was the same. I've always worked from the script, any script, and that remains the same. Of course, my drawing style is a bit different from past projects and more advanced, so putting my lines down will probably be the biggest difference while doing the work. My coloring process has also improved drastically!

Hoffer: This is the third Kickstarter that you've successfully started. Are there any lessons or tricks you learned from past campaigns that you utilized for The Somber Crown's?

Milewski: My first Kickstarter actually failed, though it came close! Well, the half-way point, which I was still proud of. I've become incredibly accustomed with Kickstarters now: from the really boring stuff like when to post a link in the day, to which sites to contact for exposure, and even how often to send out an email! The trick is to not annoy people, though sometimes it can be difficult when you're looking for funding for a comic/project. The biggest lesson has been time management, which is something that comes with the territory of working entirely on-line.

Hoffer: What exactly will the money from this Kickstarter campaign be used for? Milewski: The money raised for this campaign will be used for two main things: Providing me with a small window of time, financially, to finish off the first issue of The Somber Crown, and paying for the rewards that Backers will receive once the issue is finished.

Hoffer: What sort of rewards are you offering to backers?

Milewski:  There's plenty of rewards being offered! Such as:

$25- A deluxe digital copy and hardcopy of The Somber Crown, in addition to a digital copy of my other book, a horror series called Tangled Weed.

$40- A pixelized print of The Somber Crown's hero, Fen, in addition to all rewards below it.

$65- An original page from the first issue, in addition to all rewards below it. This is a great deal for collectors, as my pages are never this cheap!

Hoffer: Do you plan on selling The Somber Crown or making it available to those who choose not to back your Kickstarter campaign?

Milewski:  I haven't entirely thought about offering the series outside of Kickstarter, but it's a possibility. More than likely I won't be printing the single issue outside of this campaign, though.

Hoffer: How many future issues of The Somber Crown are you planning on writing/drawing?

Milewski: My plan is to create 4-5 single issues, then collect them into a trade. I would love to use the community to create these issues, though only if the interest is there!

Hoffer: Do you have any other projects that you're currently working on?

Milewski: As of right now, I don't. I have a few projects that should be releasing within the year, though their schedules are entirely up to the writers/creators of those. I would say that people can keep up to date with my work at my website: http://leemilewskiart.tumblr.com/